What better way to start out my Fictional Friday series than with my top five swoon-worthy heroes of 2012? This doesn’t mean the book necessarily came out in 2012, though most did, just that I read it in 2012. Some of them may be favorites or ones that you missed the first time around. In case this little taste whets your appetite for more and you must continue reading, just click on the cover to go to its Amazon e-book page.

One of my favorite parts of any romance novel is the first time the hero and heroine meet. So I’ve decided to give you a little snippet of that meet, cute or otherwise, from the heroine’s point of view. 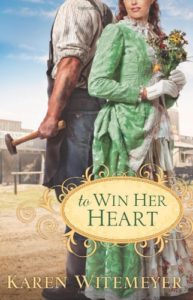 Levi Grant – To Win Her Heart, by Karen Witemeyer

This book is the source of contention between me and one of my critique partners. I say that Short Straw Bride is KW’s best book to date; she says To Win Her Heart. If we’re judging purely on heroic appeal, though, TWHH wins out. A burly, former prize-fighting blacksmith who woos his lady librarian with love letters inserted into library books? Sign me up.

At some level, her mind registered the preacher’s voice as he made the formal introduction, but the rest of her attention remained riveted on the giant in Emma’s parlor. If the mythical Hercules had been inspired by an actual person, this man would surely be a descendant. She’d never seen such broad shoulders.

Her gaze moved from his shoulders to his face. Square jaw. Firm lips. Straight nose, barring the bump on the bridge, where it looked like it had been broken. Everything about him was hard– except his eyes. Vulnerability shone in their gray depths.

…Good heavens. How was she supposed to conduct an interview with a man whose size was so startling she could scarcely manage a coherent greeting? 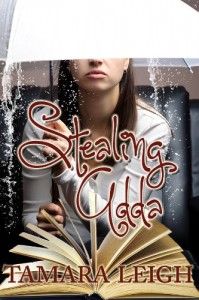 I don’t care if this was first published in 2006. I was going to fit this into a blog post. And probably more than once, considering this is one of my “happy books.” When I’ve had a bad day, when I think that I’m crazy to have gotten into the publishing business in the first place, I read this book. Romance writer pursued by gorgeous, distinguished publishing exec? Well, a girl can dream, right? Even if said girl is married with children? Please don’t think any less of me. When you read the book, you’ll be right there with me.

Satisfied, I resume my seat, but as I look toward Noelle, a man sitting alone at one of three coveted tables against the windows catches my eye. He’s staring at me, though not with disgust. Amusement? I narrow my gaze on his mouth, the corners of which are tilted. And there’s a sparkle in his deeply dark eyes. He’s laughing at me!

…The man raises his eyebrows and smiles, revealing brilliant white teeth and a left cleft dimple.

My heart lurches, and I blink as attraction punches me in the gut. Not that he’s young and flawlessly gorgeous like Jake, but he’s a breath-stopper. Probably tops six feet, broad shouldered, jet black hair silvered at the temples, early forties.

Resisting the urge to check his left hand, I avert my gaze. It’s been a long time since any man turned my insides to goo, and why this particular one does, I don’t understand. 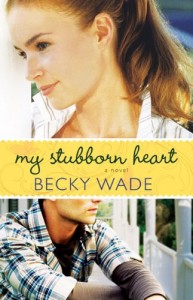 … Matt had a fascinating face. Hard, handsome, and grave. A clean jawline and a firm, serious mouth. His nose looked like it had been broken and expertly reset, and faint scars marked the skin below his bottom lip and above an eyebrow. He had dark brown hair, slightly overlong so it curled out from under the back of his hat.

What took Kate’s breath away, though, were his eyes. They were dark, dark, dark, almost liquid brown. Thoughtful, long-lashed, shielded, and somehow…somehow wounded. All the more startling for being set in such a masculine face.

… She stood there feeling vaguely idiotic, holding her coffee mug and finding it hard to look away from him. It was as if something within her had been sleeping and now—the longer she was near him—the more it was waking, becoming alert, jangling. That something seemed to be saying, It’s you. 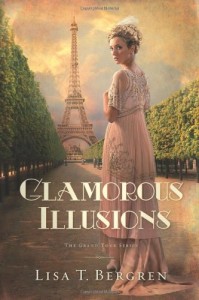 You may be wondering why I chose two “heroes” from this book. Well, Will is clearly the hero we should be rooting for: handsome, principled, and just all around good guy wanting to do the right thing. Plus, the sparks between him and Cora almost catch the pages on fire. But Pierre… well, I may not know whether trust Pierre, but I certainly fell for him all the same. I mean, a romantic French nobleman. What’s there not to like? And I suspect that’s exactly what LTB wanted to happen. I’d feel a little manipulated if the book wasn’t so absolutely delicious.

I was taking in the sparse leaves, noting how sickly they appeared, as if the giant was suffering, struggling to hold on against the ravages of time and smelter smoke, when I saw the dark-haired young man sitting beneath it. He leaned against the big trunk, eyes closed as if dreaming he were in the midst of a forest. He had fine features—a strong jaw, well-defined eyes and cheeks, wide shoulders. One hand rested on his thigh, and in the other hand, pressed against his chest, was a leather-bound book.

I finally remembered myself and lurched backward, praying he hadn’t opened his eyes, hadn’t seen me staring.

Who was he? A brother? Were they not all at the lake, taking their leisure? A servant? He was too finely dressed for that. My heart was hammering in my chest. But why? Did I not have the right to look out my window?

…I edged around the corner to steal another peek…

But the young man was gone.

He was frightfully handsome, but not in the rugged manner of Will. Elegant, slim, with a face that was almost pretty. Just a couple inches taller than I, with sandy hair and the most beautiful green eyes.

“And so you now know that my name is Pierre de Richelieu,” he said, drawing a hand to his chest. He cocked his head and flashed me a smile. “But may I ask yours?”

… He offered his hand, and I placed my gloved one in it. He lifted it to his lips and kissed my knuckles. I could feel the heat of his lips and breath through the cloth. A shiver of delight ran up my arm and down my back. His eyes had laugh lines at the corners. And he arched a brow up as though he had all kinds of secrets he was more than ready to share.

Now that I’ve shared mine, who’s your favorite fictional hero and why?