My friend, the wonderful and talented RJ Larson, tagged me in The Next Big Thing blog hop! If you didn’t come here from there, be sure to stop by and enter her giveaway for your choice  of three amazing books!

The rules of the blog hop:

What is the working title of your book? 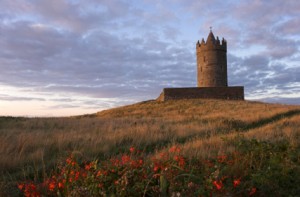 The Path of the Faithful. It’s the first book in the SONG OF SEARE series, YA fantasy. I’m not sure if either title is going to stick yet.

Where did the idea come from for the book?

I’ve always been a fan of Celtic fantasy, but there isn’t much of it in the inspirational market. I wanted to write something set in ancient Ireland, but without the pagan slant that most books of this type have.

What genre does your book fall under?

Traditional fantasy, I think. It’s being marketed as young adult, but it’s really more of a crossover novel.

Which actors would you choose to play your characters in a movie rendition?

Hmm, this is a tough one. I’m not as up on the Under-25 Hollywood set as I was when I was actually under-25 myself, so this took some digging.

I think Alex Pettyfer has the right look to play my young musician/warrior, Conor, and he’s actually quite a good actor!

Autumn Reeser would make a beautiful Aine (pronounced Anya). She’s Conor’s soul mate, and she has some pretty awesome abilities of her own.

And just for fun, I pick Robbie Amell to play Eoghan (pronounced Owen), Conor’s best friend and mentor. Every YA novel needs two cuties, right? I loved writing this character so much I gave him a starring role in books 2 and 3.

What is the one-sentence synopsis of your book?

I’m supposed to have a one-sentence synopsis of my book? Oops. The story is about a young man caught between his pagan clan and a Balian (Christian) warrior-brotherhood, both of whom want to use him for their own ends. The log line is “How do you find your own path when your life has been orchestrated from before your birth?”

Will your book be self-published or represented by an agency?

This was sold by my agent. It is due out from NavPress in May 2014.

How long did it take you to write the first draft of your manuscript?

A thousand years. No, it probably took me a year to write the first draft, considering my older son was only a few months old at the time, and we were in the middle of a cross-country move. I put it away in a drawer and started revising it four years later when my younger son was about the same age. I must find something about sleep deprivation inspirational. It took me another six months to get it from 138,000 words (which is not atypical for a general market fantasy) down to the 106,000 it is now. That was painful. Really painful.

What other books would you compare this story to within your genre?

There are definitely some similarities in theme if not setting between this and RJ Larson’s Prophet. I think my books are most like Juliet Marillier’s, a wonderful Celtic fantasy writer who sets her books in the same time period. She is a druid, though, so she takes a pagan perspective, compared to my Christian one.

Who or what inspired you to write this book?

I have absolutely no idea! God is fully responsible for the fact it’s inspirational, though. I never thought I would write for the Christian market, but once I was half through the first draft, I felt like the story had no soul. God pretty clearly showed me it needed the spiritual aspect, which became the main point of the story: being faithful to your calling, no matter what others might say.

What else about your book might pique the reader’s interest?

To quote The Princess Bride, it’s got “fencing, fighting, torture, revenge, giants, monsters, chases, escapes, true love, miracles…” Okay, maybe not giants, and the monsters are more of the creepy demon faerie sort, but it’s got lots of action, romance, and magic. There’s something for everyone.

Thank you for visiting! Now hop on over to the next stops on the tour next week, three good friends and wonderful up-and-coming writers: