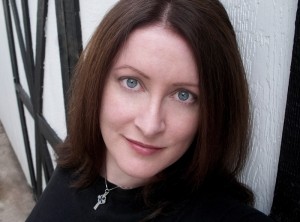 Every author can pinpoint “The Moment”—the one in which the passion for storytelling irrevocably took hold. When the calling to pursue this gut-wrenching, nail-biting, ulcer-inducing, slightly schizophrenic career became unmistakably clear. When a wily Muse dropped an anvil on her head, stars filled her eyes, and little birdies began to circle her semi-conscious life form chirping Write! Write! Write!

My moment was unforgettable for many reasons, not least of which because it happened on March 15, 2011—the proverbial Ides of March. I’d been chatting with some friends about our various hobbies and interests. When the subject of my writing came up, I got the same response I’d been getting from every friend and family member for the past thirty years—“You should really write a book someday.” And I dismissed them the same way I always did: “Yeah, yeah. Someday.”

What no one knew was, I had tried to write a book. Tried and failed.

Ever since I was nine years old, I’d been writing and revising scenes for a story idea I could not get out of my head. Everything I learned about writing was poured into that story. I loved it. I gave it my all… until 2004, when one of my secondary characters completely hijacked it. He leapt off the page, demanding a surprisingly prominent role I had never intended for him, and when I could make no logical-plotline argument to keep him in his place, I was forced to admit the awful truth—my story was going nowhere. Like the crazy Widow Winchester who filled her house with never-ending construction, only stairs and doors to nowhere, I had written a pointless, never-ending story with no end in sight. Despondent, I shoved every last scrap of my writing into a filing cabinet drawer and locked it. I was no writer.

That was the guilty secret haunting my restless mind as I crawled under the covers that Tuesday night. I switched off the lights and turned on my iPhone, hoping a little music would soothe and distract me long enough to fall asleep.

Enter my Muse—one of my all-time favorite singers, Matt Wertz.

Suddenly remembering it was release day for Matt’s brand-new album, I switched over to iTunes and downloaded it. The tinny, unimpressive sound quality of my 3GS phone did nothing to detract from the first three tracks. I hummed and smiled along, shifting my head side-to-side on my pillow in time to the lively songs. My cat even snuggled up beside the phone and began to purr. Good times for one and all.

Thirteen words. That was all it took for the old abandoned story to crash back into my life. By the end of the first chorus, I suddenly knew how the story would end. It was as if my characters had written those lyrics, shouting them to me from the locked file cabinet in my office. I rolled over to see the song title and burst out laughing. Running Back to You. How ironically, hilariously, divinely appropriate.

I jumped from my bed and literally ran back to my story. I didn’t sleep at all that night. I stayed up and wrote the final scene to my never-ending story. But the inspiration didn’t end there. A few months later, I had fleshed out twenty years’ worth of ideas and scenes into a full-length novel. By the end of the year, I was making research trips for new story ideas. I began entering writing contests and getting positive, professional feedback on my work. I’m now officially pursuing representation and traditional publication. I still have a long way to go, but for the first time in my life, I know I’m doing what God designed me to do.

All because of a song—four innocuous minutes that forever changed the course of my life. Guess Shakespeare was right—beware the Ides of March.

[author] [author_image timthumb=’on’]https://www.carlalaureano.com/wp-content/uploads/2013/08/AmyDrown.jpg[/author_image] [author_info]Amy Drown studied History at the University of Arizona and the University of Glasgow. An executive assistant by day, she is also an award-winning photographer and musician. But her true passion is writing edgy, inspirational stories that explore the deep roots of family, friendship and faith. She is a 2013 My Book Therapy Frasier Finalist and Bronze Medalist, and an ACFW Genesis Semi-Finalist and First Impressions Finalist. Connect with Amy and learn more about Deep-Rooted Fiction™ at www.AmyDrown.com.[/author_info] [/author]