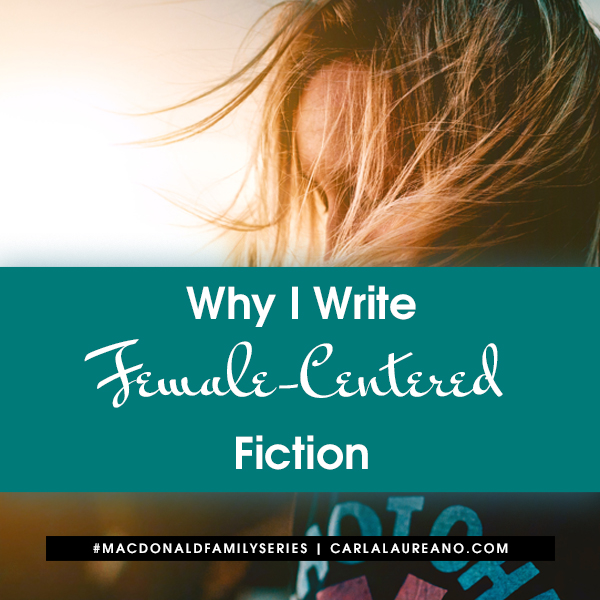 When I started out to write my first romance novel, I wasn’t even sure I was in love with the romance genre (pardon the pun). I knew that I wanted to write about women who fell in love, but I wanted to be able to see myself in the lead character, something that had been somewhat sparse up until this point. I was a city girl who had had a high-powered job with lots of responsibility. I didn’t live in a small town, I didn’t have a job that put me in close proximity to a cast of quirky characters, and I didn’t have close family ties nearby that I could rely upon. As much as I enjoyed the sweet, small-town romances, I saw next to nothing of my life in them.

With Five Days in Skye, I sought to remedy that by creating Andrea, a New York City-based hospitality consultant who had to hustle to make ends meet, who in many ways felt alone in the world, and who did not, by any stretch of the imagination, fit the small-town heroine model.

I took that one huge step further with Grace Brennan in London Tides, the damaged, secretive photojournalist with a sense of global purpose—and crippling PTSD to show for it.

Additionally, I realized I was getting tired of the romances that focused entirely on the hero—how sexy, rich, or good in bed he was (that last one is clearly not a Christian romance trope!) Sure, those types of books can be fun beach reads, and I have nothing against the writers who create them, but it wasn’t how I wanted to spend my creative time. I wanted the focus to be on the female character and what she learned through the process of falling in love.

The longer I wrote in the genre, the more I became interested in what falling in love revealed about my characters. Being forced to be vulnerable in a relationship shed interesting light on the secrets, hurts, and aspirations of my female characters, and while I delight in giving them their perfect match, I enjoy seeing their journey to wholeness and strength even more. I’ve heard from readers that they saw their own lives mirrored in my characters, or they’ve been inspired to make a much-needed change to their own path.

Now, when I write a new female romantic lead, I’m making one (or all) of these points:

These are topics that I never get tired of writing about, which means many more books to come! If you missed them the first time around, don’t forget to check out the new editions of Five Days in Skye and London Tides, available tomorrow in paperback and e-book wherever books are sold.