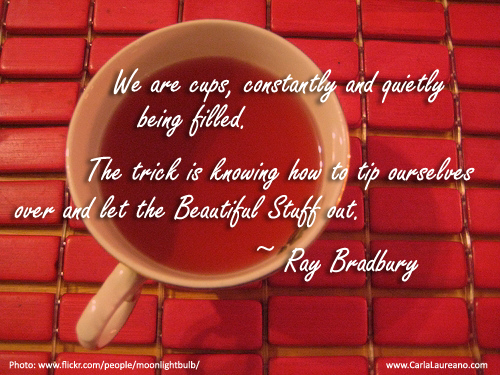 It was never a choice. Writing is in my DNA. If I’d been born before books and laptops, I probably would have told stories to my clan around the campfire.

When I was a kid, and grownups would ask what I was going to be, I knew the answer. A novelist, of course. Why it was so obvious, I’m not sure. Possibly because as soon as I could read chapter books, I was drawn to them. The children in books had dignity and bravery that made me want to be more than I was. Countries and ages long past opened up to me. Plot twists made me speed breathlessly through the pages.

When my friends wanted to play house, I suggested playing “orphans living on their own until they’re discovered by the president” instead. I guess that was an early clue that I had a heart for stories.

Words so often eluded me when I tried to talk. I didn’t know how to describe my awe at an orange harvest moon hanging so low in the sky I could almost touch it. I had questions – so many questions about God, heaven, other faiths, but when I wondered aloud, I received blank stares. With a pencil in my hand, though, words and thoughts sorted themselves out. So I filled notebooks with journal entries, stories and sketches.

I don’t know when it happened, maybe it was in high school or college. But somewhere along the way, I realized that the odds were against getting published, and since I didn’t see myself as blessed with good fortune or genius, I put my writing goals away, out of reach pipe dreams. It was only years later, when I held my first baby girl in my arms, that I began to think about writing again. At first it was because I was desperate to spend time with my daughter. But it quickly became obvious that getting published was a long, long road and that I might never make enough money at it to be a stay at home mom.

Once I started writing again, though, I couldn’t stop. I got up at four or five in the morning and wrote in the dark. I edited and researched during lunch. Exhausted and unsure of myself, I learned how to write a novel as I went. Why did I keep at it?  For a host of reasons. Because my heart was full, and writing fiction gave me a way to pour out all the beauty and pain, the questions, faith and passion in me. Because when I got into a writing zone, words became so real, I could taste them and feel their shape. I loved learning the craft of storytelling. I loved being creative. It was my way of showing my daughters it was okay to pursue their God-given dreams. And the characters walked into my head and wouldn’t let me be.

Motherhood, calls for volunteers at church and a dozen other obligations gave me second thoughts about the way I was spending my time, a crazy boatload of self-doubt, if you want to know. But when I held my first completed novel, I knew I’d done something worthwhile, and that God could touch lives with the stories I would write. Even more, I sensed that God had watched over me through the long, uncertain path of learning to write. Words were God’s gift to me, and in turn, I wanted my words to be my gift to Him. 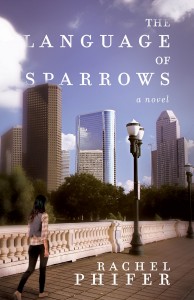 About The Language of Sparrows

Brilliant and fluent in too many languages to count, 15-year-old Sierra Wright can’t seem to communicate what is important to her in any language. Though April Wright stubbornly keeps an upbeat attitude about her daughter’s future, she has let her own dreams slip away. Just across the bridge lives old Luca, scarred from his time in a Romanian gulag years before. Though he has seemingly given up on people, Sierra is drawn to him despite his prickly edges.

No one else is comfortable with the unpredictable old man spending time alone with Sierra, not even Luca’s son. Yet it is this unconventional relationship that will bring two families together to form friendships and unearth their family stories, stories that just might give them all the courage to soar on wings toward a new future.

[author] [author_image timthumb=’on’]https://www.carlalaureano.com/wp-content/uploads/2013/08/RachelPhifer_headshot.jpg[/author_image] [author_info]As the daughter of missionaries, Rachel Phifer grew up in Malawi, South Africa and Kenya, and managed to attend eleven schools by the time she graduated from high school. Books, empty notebooks and cool pens were her most reliable friends as she moved from one place to another. She holds a B.A. in English and psychology from Houston Baptist University, and lives in Houston with her family.[/author_info] [/author]