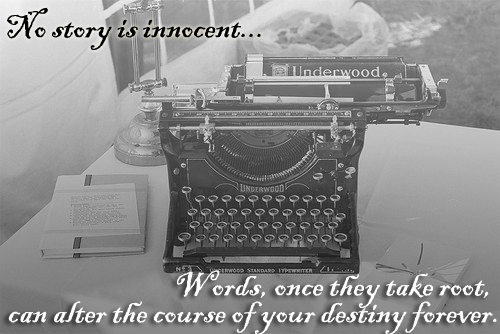 It’s Louisa May Alcott’s fault. She was the last domino that made a writer out of me. You have to be on your guard against seemingly innocent, entertaining stories. For, as I have found, no story is innocent, and words, once they take root, can alter the course of your destiny forever. Edward Bulwer-Lytton was right when he wrote, “The pen is mightier than the sword.”

In December of 1999, my son was five months old and sleeping peacefully. I had the opportunity for an unstructured evening and I decided to try a new recipe for minestrone soup. I still make the soup today but now it’s called Little Women Minestrone. As I cut onions and made broth, the movie Little Women came on the television and I can happily say that I haven’t been the same ever since.

For the next two hours I was completely swept away with the March family and Jo’s journey to be a writer. When Laurie said the words, “I promise to kiss you before you die,” I was done for. When Professor Baer proposed underneath his umbrella, my fate was sealed. As the credits to the movie rolled, I grabbed a piece of paper and wrote the first words of my first novel, The Covered Deep. 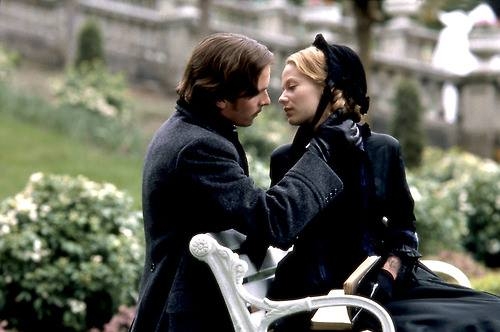 It became my nightly ritual—writing just to see where the story would go. It was an escape that I desperately needed at the time, and before long that escape became a passion. When I wasn’t writing, the story held me. I found that the time I most enjoyed was when I could write—the magic hours late into the night. Chapter after chapter materialized. Possibilities took root in my mind. What if I really could be a writer? My cousin thought so. He was the first person who believed in me. Part of the fun was showing him the chapters just to see what he would say.

Now, fourteen years later, a lot has changed in my life. My cousin passed away from Non-Hodgkin Lymphoma and on that day I lost my best friend. My family moved from Ohio to Florida and then Colorado. My husband became a missionary. My son is now almost six feet tall and wears a size ten and a half shoe. We were blessed to have a beautiful daughter who is one of the greatest joys of my life.

Throughout all those years, I took the time to be serious about writing. The passion for story never did die, even when I went years without being published.  I took the Christian Writers Guild Apprenticeship, attended conferences, joined critique groups, and entered contests—you name it. Finally stuff started to stick. My first article sold and I ended up freelancing for six years.

Writing is worth it. If that particular madness sings in your blood, embrace it and write on. I don’t have to tell you how wonderful it is because you already know. You’ve already experienced the joy of having a plot problem solved at 3 AM. Your characters have become so real that when you’re not writing, they call to you. You cry and laugh when they do. Sometimes their world seems more real than the one you’re in. And sometimes, if you listen hard enough, your characters whisper their secrets. That’s when the real fun begins.

Stories are important. Jesus thought so. If they had no weight, He wouldn’t have used so many parables. He could have easily just told things cut and dry. But, Jesus knew something important. Stories bypass the mind and go into the heart.

Yes, being a writer has its challenges but try to remember something. Storytelling is a high calling. Not everyone can do it. If the One True Living God has reached down and enabled you thus, be thankful. And, for the sake of the rest of us, learn all you can and work hard. We need you to be authentic. Remember that the most powerful stories often make the writer the most vulnerable. Be true to yourself and bleed on the page. Future writers need you. Even if, like me all those years ago, they don’t know it yet.

[author] [author_image timthumb=’on’]https://www.carlalaureano.com/wp-content/uploads/2013/08/BrandyVallance_headshot-e1375408203528.jpg[/author_image] [author_info]A completely incurable romantic, Brandy Vallance adores history and frequently has to be told at museums that it’s closing time. Brandy is the winner of the 2012 ACFW Genesis Contest for historical romance and is represented by Rachelle Gardner of Books & Such Literary Agency. Visit her website at www.brandyvallance.com.[/author_info] [/author]