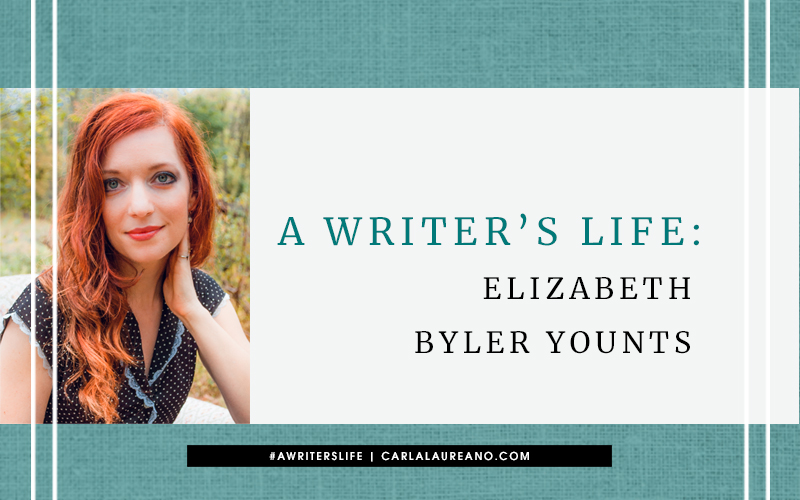 I’m pleased to introduce you to one of my favorite people in the world, author Elizabeth Byler Younts. Elizabeth and I first met when we were both RITA finalists in 2014 and we became fast friends soon after, despite the fact that we write very different things in very different styles. I had the pleasure of reading the proposal form of her upcoming release, The Solace of Water, so I’m not going out on a limb by saying this book is going to blow you away. Make sure you pick up a copy when it releases tomorrow! You won’t be sorry. And in the meantime, make sure you scroll all the way down at the end to enter my giveaway for a copy of the book!

Why I Love My Bad Draft

One of the most common things that come up in “writing” conversations is a deflated comment from someone saying that they always planned to write a book but haven’t and then they give a reason why…or it’s a comment from the most confident person in the room (this is never me) who insists that someday they will write a book, they just haven’t yet.

Okay. To both of those people…I don’t believe you until you write a bad rough draft. And, it will be bad. And that is great!

I’ve heard and read research that says that it takes about 10,000 hours in practicing a skill before you’re really proficient at it or master it. There’s not really a way to accelerate that. You need to put in the time and the effort. I can’t tell you which hour I’m on. I don’t know if I’m getting close or if I’ve exceeded it. While intellectually I realize this matters, right? Practically—I don’t think about it as something I’m concerned over. I’m going to write anyway and I’m going to write to the best of my ability.

I’ve known children when they’re seven narrate amazing stories for their parents to dictate and even have them published. I’ve seen an outstanding drummer who just happened to be three and is a YouTube sensation. Those children have not put 10,000 hours into their skill but have turned out some amazing accomplishments. Does that mean mastery? Maybe not, but I’d say they are well on their way. Have I mastered everything about writing? If I have, then I should stop. I don’t think it’s possible.

So many times we are waiting to do something until we think we’re going to be really good at it or that there will be some magic in the timing or <fill in the blank>. Maybe it’s until we really understand it. Until we have time. Until we have inspiration. Until…until…until. Stop waiting for the until. If you want to write a book, then write it.

In February I was in the process of moving and it was stressful. I also homeschool and help direct my classical co-op. I also had just 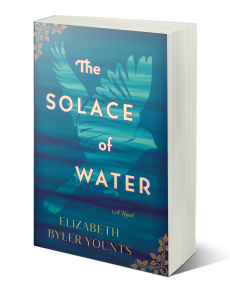 finished my final read through of my upcoming novel The Solace of Water. And I also had another manuscript due on June 1. I will not tell you how little word count I had by then but I will tell you that I’m an exceptionally slow writer and have never written a book in fewer than about 6-9 months. To say that I had a wee-bit of anxiety over this is to say it mildly. The option of an extension was not there and I had a book launch 4 days after my manuscript deadline. Yes, I wanted to find a place to hide.

While I am certain I can be a far better writer than I am and I hope to improve with every book, what I am learning to master is the art of writing a bad rough draft. YEP! You heard me. A bad rough draft. This might seem like a strange thing to be proud of but for me to have been able to write as much as I did in the course of only 3 ½ months was built on allowing bad writing and be patient with myself that I would edit later…add to that heaps of prayer (not just from me either, I have the most amazing friends and editor)…and I will make my deadline on Friday.

When I finished my bad rough draft the amazing thing was this…NOW I have something to work with. Now I can go back and beautify and add the poetic and literary language that I love and will be doing that for the next 6 months through various edits. Believe me, I’m cringing through some of these scenes, but at least there’s a scene written for me to fix.

Become a master at finishing. Once you master following through and finishing your first draft…and it probably won’t be pretty…that’s when you’re adding hours to your mastery of the craft of writing. Writing the first three or four chapters to seventeen different book ideas you have might get you writing, sure…but what you’re really becoming a master of is quitting. That might sound harsh. But I can guarantee that one of you reading this probably could be a far better writer than me but the difference between me and you is that I’ve mastered the art of finishing.

And you can too.

If you really want to write master the art of finishing then write a bad rough draft. You’ll be so glad you did stuck to it.

If you’d like to learn more about my upcoming release The Solace of Water, please head over to my website or my social media channels. I’d love to chat with you and cheer you on to becoming the published writer you’d like to be. 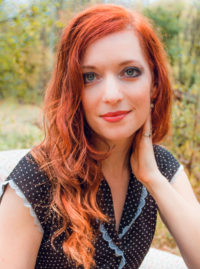 Elizabeth Byler Younts writes women’s fiction for Harper Collins/Thomas Nelson. She is a member of the American Christian Fiction Writers. She gained a worldwide audience through her first book Seasons: A Real Story of an Amish Girl and is a RITA nominated writer. She is also the author of The Promise of Sunrise series. She has consulted on Amish lifestyle and the Pennsylvania Dutch dialect for two award-winning television shows. Elizabeth lives in Central Pennsylvania with her husband, two daughters, and a cockapoo named Fable.

The Solace of Water Giveaway