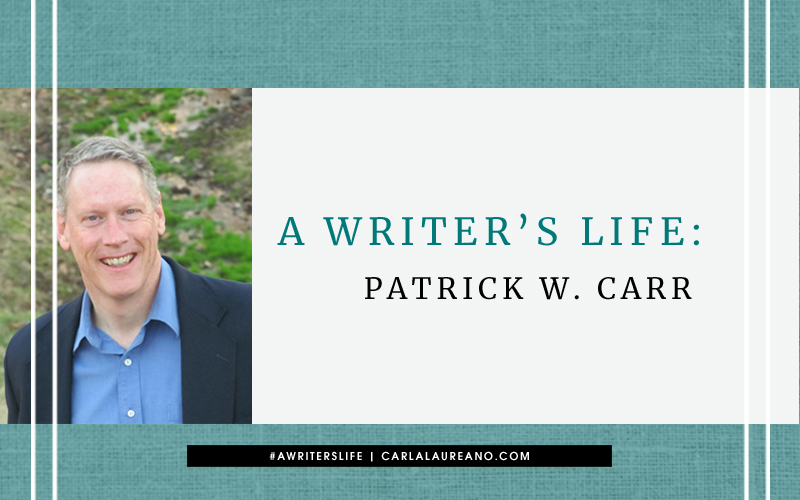 I’m excited to welcome my guest today, Patrick W. Carr, author of one of my favorite fantasy series of all time, The Staff and the Sword. Patrick has won numerous awards for his character-driven fiction, including the Christy, Carol, Inspy, and Clive Staples awards. The Shock of Night, prequel to his current series, The Darkwater Saga,  can be downloaded for free at your favorite e-book retailer. And now, let’s hand this blog over to Patrick…

It’s axiomatic that in order to be successful as a writer you have to put in the time and the hours writing. In a sense, our craft is akin to the musician’s. We both put in a lot of practice and refinement to bring to the public a finished piece that, hopefully, provides them with an experience they won’t forget. But what about the environment? When is the best time to write and what kind of environment will facilitate our best work?

The answer, for me anyway, is frustratingly vague.

When I was in the middle of my first series, The Staff and the Sword, and my sons were in Boy Scouts, I would park myself at Starbucks every Thursday night from 7-9 and fill the screen while I waited for them to finish. A laptop and a venti-mocha-latte-skim-no-whip were the perfect recipe. Most of those nights I could crank out 1500 to 1800 words, and I loved every minute of it. The rest of the week, I would work from home after dinner and chores and get maybe 500 to 1000.

It might seem obvious being at Starbucks was a lot more productive than being at home, but it took me 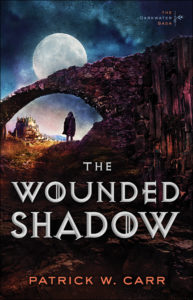 a while to figure out why. I had coffee at home. I had space at the dining room table where I could write. I even had some really cool ambient music which allowed me to set the mood, but I couldn’t seem to find the ‘zone’ where the words flowed and the next points in the plot seemed to pop into my head out of nowhere.

One of those nights, in the middle of a scene, I caught myself in an action I had repeated countless times before that evening and all the other evenings I’d been at home. I heard a noise from Mary or one of the boys at the other end of the house and I looked up from the screen to see if they needed me for anything. They didn’t, but that wasn’t the point. I’d broken my train of thought. That’s when I realized that the creative process of the first draft was incredibly delicate.

Most other writers I’ve spoken to have agreed. With that in mind, I have a suggestion for you. Write early in the morning. The first draft of my just-completed series, The Darkwater Saga, was written almost entirely before 6:30 AM each morning. If you don’t know me, you have no idea how unlikely that would have sounded four or five years ago.

I am not a morning person. The joke around my house is that my wife is a Ferrari and I’m a diesel dump truck with a full load. Mary wakes up most mornings like a pop tart coming out of the toaster and at night I’ve seen her go from full conversation to sound asleep in less than sixty seconds. Yes, I’ve timed it.
I so totally do not work that way. I don’t feel fully awake until about nine and that’s if I’ve managed to drag myself out of bed by five-thirty. When I go to sleep, it’s an equally long process of winding down, very much like a dump truck trying to come to a complete stop. It takes a lot of road and a lot of time, but to write this latest series, I didn’t really have any choice. If I wanted to make my deadlines, I had to carve out a time of day when I could write without being distracted. That meant waking up at five each morning, putting the coffee on to brew while I walked the dog. By five-thirty, still in the dark, I was in front of the computer with a cup of coffee and a couple of squares of dark chocolate cranking out my novels.

The first few mornings I felt sure I’d written complete gibberish. I’d been only half awake, but when I went back to read what I’d written, I was pleasantly surprised. The story flowed pretty well and sounded pretty good for a first draft. So I kept at it even while I had no clue why it worked.

Over the course of time, I came up with a theory. It goes something like this. I think the creative parts of our brain, fresh out of sleep and dreaming, wake up or activate before our analytical parts. Many mornings I ended up amazed at the word count I’d hit before going off to work, but also the plot elements that had come to me out of nowhere. Three and a half years later, The Darkwater Saga is done.

I think the moral of the story is this: If writing is something you’re called to do, something you have to do, then carve out the time, however unlikely, and your brain will respond. The story you have to tell needs to be told. Don’t wait for circumstances to be just right. They never will be. Someone once asked me for my secret of calling the ‘writing muse.’ I told them that the muse is a fickle creature. I just showed up every day whether she was there or not and wrote. After a while she got tired of my whining and agreed to meet me. 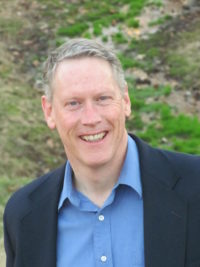 Patrick W. Carr was born on an Air Force base in West Germany at the height of cold war tensions. He has been told this was not his fault. As an Air Force brat, he experienced a change in locale every three years until his father retired to Tennessee. Patrick saw more of the world on his own through a varied and somewhat eclectic education and work history. He graduated from Georgia Tech in 1984 and has worked as a draftsman at a nuclear plant, did design work for the Air Force, worked for a printing company, and consulted as an engineer. Patrick’s day gig for the last eight years has been teaching high school math in Nashville, TN. He currently makes his home in Nashville with his wonderfully patient wife, Mary, and four sons he thinks are amazing: Patrick, Connor, Daniel, and Ethan. Sometime in the future he would like to be a jazz pianist, and he wrestles with the complexity of improvisation on a daily basis. While Patrick enjoys reading about himself, he thinks writing about himself in the third person is kind of weird.