Welcome to the Christian Fiction Scavenger Hunt! I am a part of TEAM PURPLE, and this is Stop #2.

If you’re just joining us, there are two loops—pink and purple—and they begin at Lisa Bergren’s site and Robin Hatcher’s site for stop #1 for either stream. If you complete either the pink loop or purple loop, you can enter for a Kindle Paperwhite and the 17 autographed books from that loop (by having the Secret Word clues together). If you complete BOTH loops, you can enter for the Grand Prize of a Kindle Fire HDX and ALL 34 autographed books (by adding up all the Secret Numbers). So write everything down as you go—if you run out of time, you can return to it later.

ALSO, please don’t use Internet Explorer to navigate through the loops. Some web sites won’t show up using IE. Please use Chrome or Firefox—they’re better anyway! 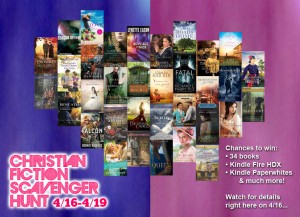 I’m so excited to introduce you to my guest for the Scavenger Hunt, Jody Hedlund. Beloved equally for her wonderfully detailed and romantic historical novels and her inside-look-at-publishing blog, Jody is the author of a dozen (!) best-selling novels and novellas. Without further ado, it’s my pleasure to hand over the blog reins to Jody… 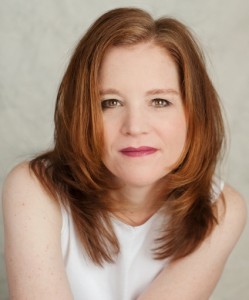 Jody Hedlund is a best-selling and award-winning author who loves fairy- tales and happily-ever-afters. She makes her home in Midland, MI with her husband and five children. When she’s not writing another of her page-turning stories, you can usually find her sipping coffee, eating chocolate, and reading.

About An Uncertain Choice

Due to her parents’ promise at her birth, Lady Rosemarie has been prepared to become a nun on the day she turns eighteen. Then, a month before her birthday, a friend of her father’s enters the kingdom and proclaims her parents’ will left a second choice–if Rosemarie can marry before the eve of her eighteenth year, she will be exempt from the ancient vow.

Before long, Rosemarie is presented with the three most handsome and brave knights in the land. But when the competition for her heart seemingly results in a knight playing foul, she begins to wonder if the convent is the best place after all. If only one of the knights–the one who appears the most guilty–had not already captured her heart.

And here’s her EXCLUSIVE content, that you’ll only find in this hunt! 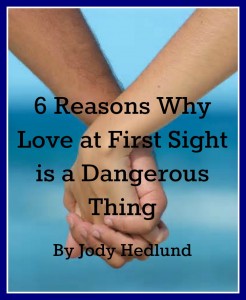 Nowadays we’ve become a fast-paced culture. We rush to work. We run through the drive-through for fast food. We race from one activity to the next. And we hardly stop to breathe.

Unfortunately with such a fast pace, we’ve become an impatient culture. We want everything to happen right away. We want overnight shipping. We want instant video streaming. And we demand the highest speed internet.

Can it also be said that we also expect that love should come quickly and easily? Do too many of us who’ve been born and bred in this fast-paced world think love-at-first-sight is the new norm?

Perhaps it’s time for us to evaluate some of the reasons why love at first sight can be a dangerous thing:

For more thoughts on how chose a mate wisely, Jody Hedlund’s medieval YA, An Uncertain Choice is an entertaining but thought provoking way for young people to begin to evaluate dating and choosing a spouse. A free study guide that corresponds with the book is available on her website at jodyhedlund.com.

Before you go, make sure you WRITE DOWN THESE CLUES:

Secret Number: 3 – because Beneath the Forsaken City is my third published novel

Got ‘em down?? Great! Your next stop is #3, Jody Hedlund’s site. Click on over there now. And if you get lost, a complete list of the loop with links can be found at our mother host’s site.

But before you go, I’m offering a special giveaway for THIS STOP ONLY. All you have to do to be entered to a chance to win is sign up to receive my quarterly newsletter…and since I give away a $25 gift card each quarter to members of my list ONLY, you’ll get another chance to win something cool too! 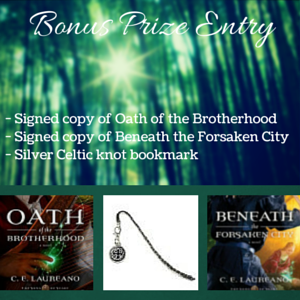